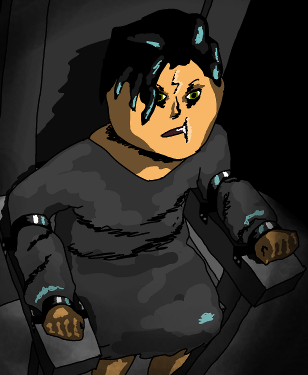 Not exactly the Harry Potter you may remember.
"Albus, please... I value your wisdom above all things, but about Tom Riddle, you will never understand."
— Severus Snape
Advertisement:

is an ongoing Harry Potter fanfic webcomic by Eli Dupree, set in an Alternate Universe where... well...

The story starts with Hermione Granger, the Head of Auror Office, interrogating Harry Potter, who has been arrested for killing a lot of people. It quickly becomes clear that this version of Harry hasn't escaped the effects of ten years of abuse. And that's only the beginning...

The author describes Voldemort's Children as "A reimagining of the Harry Potter series from a neurodiversity and social-justice perspective", and their annotations often begin with a question about a moral or philosophical issue.

The art style is unique in never using panels; each page is a continuous flow of images and dialogue.

As a story comic with its own continuity, it should be read from the beginning

On indefinite hiatus since 2012.