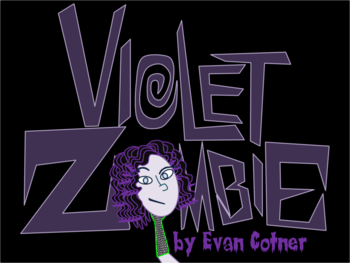 Herberto Martinez: No parent should ever have to bury their child.
Penelope Martinez: But you didn't bury me, I'm right here!
Advertisement:

Violet Zombie is a webcomic created by Evan Cotner. It is about Penelope Martinez, a perpetually beautiful teenage girl who died in a freak accident, but was resurrected as a zombie at her funeral. She endures many mis-adventures related to undead hi-jinks, death puns, mystical surrealities, and Latin-American culture.

The series can be viewed here.