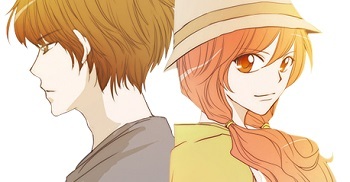 unTouchable is a Korean Webtoon by 'massstar'.
Advertisement:

Sia Lee is a 22-year-old young lady who has just left home and moved to the city, both to pursue her modeling career and escape her overbearing preacher father. She is also a vampire.

No big deal, vampires have learned to move with the times. They've worked past most of the traditional weaknesses (Sia still has trouble with strong sunlight.) And instead of all that nasty business with blood, they've learned to discreetly absorb Life Energy from humans simply by touching them.

On her way to her new apartment, Sia brushes against Jiho, a man with the most intoxicating energy she has ever tasted, and becomes desperate to sample him again. Unfortunately, he has a crippling case of mysophobia,

and doesn't want anyone else even breathing too close, let alone touching him. Then they discover they're now neighbors.

With her taste for other humans' energy permanently ruined, Sia is determined to cure Jiho's condition and get her hands on him again...

The official English translation can be read here