WARNING: THIS COMIC, DUE TO ITS NATURE, CONTAINS HEAVY SPOILERS FOR UNDERTALE! 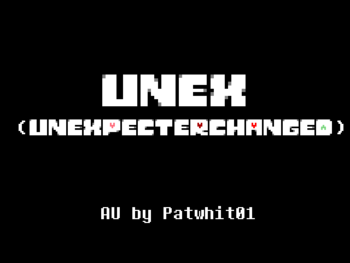 What it once was.
Advertisement:

(or, commonly abbreviated as Unex) is an Alternate Universe comic based off the game Undertale by Patwhit01. It is a comic that shifts around the positions of characters, similar to Storyshift. Unlike Storyshift, however, it does not follow the "pair rule" of character shifting Storyshift follows. This means that any character could be anyone.