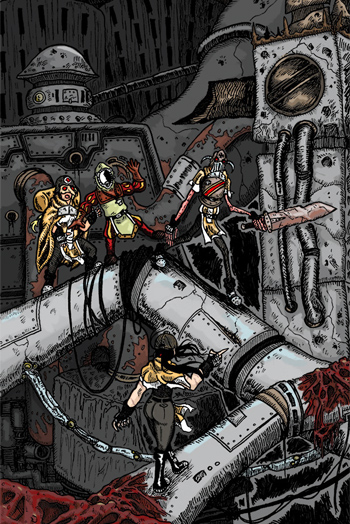 is a webcomic by Noontide. Set in a world being devoured by plague, it follows the conflict between two powers - the disease-resistant mutants from the Order of the Pale Knights, and The Empire of humans they've been enlisted to protect.
Advertisement:

Uncreation boasts an odd combination of gritty art and humour, with visceral combat and an alien setting that is a far cry from the standard Medieval European Fantasy. Unfortunately it became an Orphaned Series officially in 2014, after some 70 or so pages, due to personal and health issues on the part of the author. The website has since lapsed.