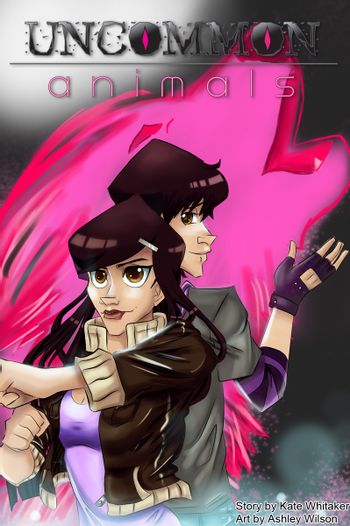 The cover of Book One: The Hunted
"Normal is what you make it."
Advertisement:

Uncommon Animals is an Urban Fantasy that began Book One: The Hunted on July 7th, 2015. The comic stars Theresa "Terry" Jones, an office drone who notices a mysterious tattoo.

Based on the series of short stories and novellas by Kate Whitaker, the webcomic is drawn by Ashley Jane Wilson, with Kate writing the comic strips. Published on Comic Fury, it updates every Monday. You can start reading here

There is a trope page for the books, but there will be spoilers.