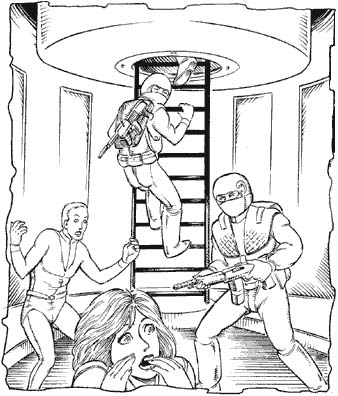 Utopia was nice while it lasted.

Three hundred years after "The Burn," the post-nuke horse-and-buggy age collides with the last secret remnants of the old hi-tech world.

The facist Atualphan empire, having annexed most of South and Central America, has conquered the formerly hidden, underwater techno-utopia of New Atlantis. The surviving Neo-Atlantans are under siege - trapped in the unreachable depths of their facility with a year's worth of air.

Two survivors, a boy Noah and Cyberna, an adorable dolphin-shaped AI, must convince the Union of North America to defeat the Atualphans before they become unstoppable with reverse-engineered technology or the Atlantians run out of air.

Tropes used in this comics include: