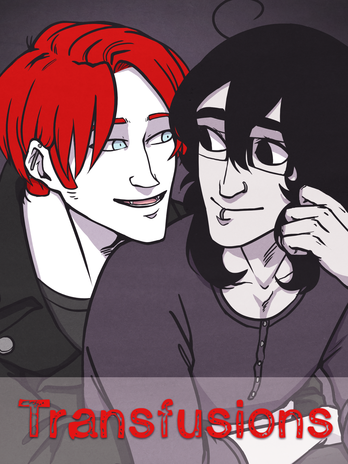 On the left: Joa. On the right: Dylan.

Transfusions is a BL webcomic created and drawn by Anni K.

After visiting a abandoned house with his friends and injuring his arm, human media student Dylan is attacked by a vampire named Joa. He later wakes up in a bed in the vampire's apartment; drained of his blood, but alive. In most situations Joa would have killed him, but due to the unusually delicious taste of Dylan's blood, he makes an offer to Dylan to become, as Joa puts it, his personal blood... supply, which Dylan reluctantly accepts. Despite the rocky start, the two end up becoming close and, as most BL go, the two eventually end up falling for each other.