"So, this is something I've always wanted to do: draw a Pokemon comic! But no, this isn't a Nuzlocke run, or even one of those comics making fun of general incongruities within the Pokemon universe. I specifically wanted to focus on the sometimes very silly things contained in the in-game text and dialogue, and my own reactions to them. So without further ado, TRAINER Wants to Fight!"
— Surfersquid 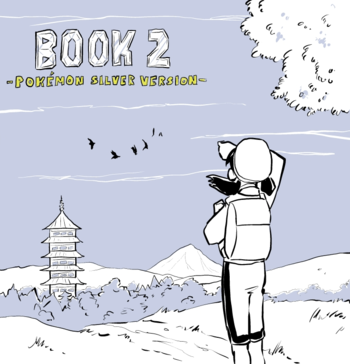 There's lots of interesting people in the Pokemon world.
Trainer Wants to Fight! is a Pokémon Webcomic created by Surfersquid and hosted on Smack Jeeves. The narrative follows the protagonists of each of the main series games as they go on their Pokemon journey. Rather than focus on the Pokemon and the battles, however, the comic focuses on the many trainers the protagonists battle along the way, and all of their individual quirks.

The comic started in 2013 and ended in 2017, with Blue version and Silver covered.