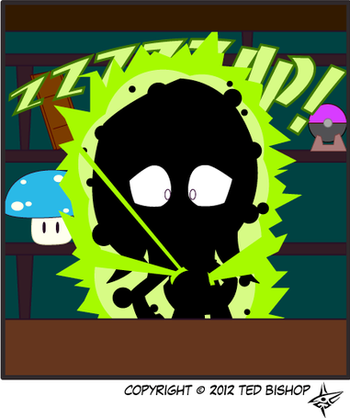 Where there are gnomes, chaos is swiftly to follow.
Advertisement:

Trader Lydia is a fantasy/comedy webcomic written by Ted Bishop (AKA Dragon-FangX). The premise is quite simple: Lydia the dark gnome sets up shop in a random Louisiana bayou. The comic was originally hosted on the artist's DeviantArt page, but as of strip #428, updates are now posted on Owl Quill

. The first page of the comic can be found here

. The comic is still ongoing but it does make for a fun reread when you're waiting for updates.