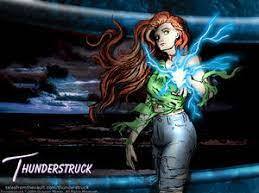 where All Myths Are True, which integrates magic, science, and religion in a modern setting. The comic tells the story of two sisters with recently discovered magical powers heading to New Orleans to learn about their origins. Gail is an athletic, katana-wielding Action Girl. Sharon is a lightning shooting former paraplegic.

The story pits the magical Knight Templar organization Vigil against the machinations of the witch Bella Brouchard, with the two sisters caught in between. Trying to save them and avert calamity are detective and magician Saxony Canterbury and his half-Kitsune partner Hayaka.

Experienced a Series Hiatus from September 21, 2009, when artist Grayson Towler decided to concentrate on his professional works, but it returned