Webcomic / Through Ravens and Songbirds 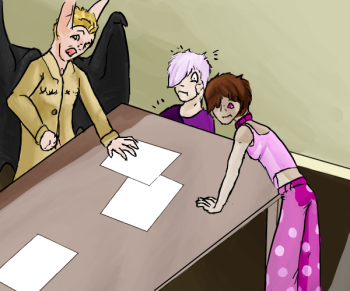 Actually a comic about magical people reacting to doors opening.

Through Ravens and Songbirds is a dark fantasy webcomic about monsters and people trying to survive in a Crapsack World. It is updated at the author's own pace.