Webcomic / The World is Flat 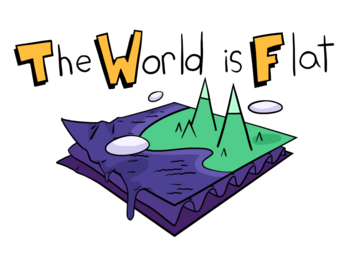 Comics for the faint of heart.
"Someday we'll look back on this moment — presumably through some interdimensional rift or portal — and have a good ol' laugh about it."
—Doomed Astronaut, "Hindsight is 20/20: A Space Odyssey"

The World is Flat

is a webcomic by Connor Murphy

(also known here as Connor Davis Murphy). There are no continuing plotlines or characters, and the comics are typically posted with 2-4 panels each. Gags include wordplay, trope subversions and similar absurdities. It originally began as a daily comic strip for The Daily Texan newspaper in 2013 (continuing until 2016). Since then, it has gained a modest following via Tumblr

The World is Flat contains examples of: