Webcomic / The Way To Your Heart 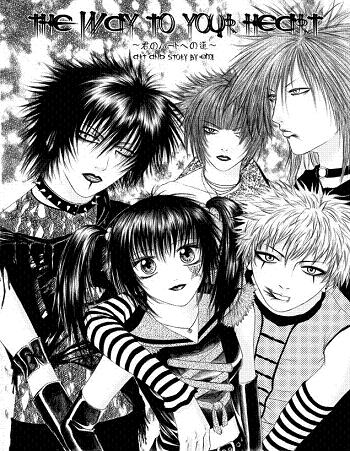 Upon Yumi's first day of school, she accidentally incurs the wrath of Miyabi. Both quickly dislike the other, and every day, Yumi suffers constant abuse from him, causing her to gain sympathy from Toshio. As the two bond, Yumi decides to attend one of Orochi's lives on her accord, her rock-gal guise attracts Miyabi's attention and causes him to fall in love with her without knowing who she truly is!

, the comic is now complete.