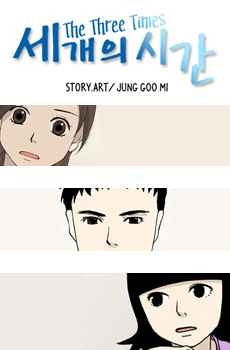 What three times? Err, actually, we're not really sure...

Minami Hina is a young Korean-Japanese woman who has come to Korea for university. Friendly and observant, yet not without the occasional social mis-step, Hina tries to learn more about what it means to be a cross-culture Korean in the 21st century.

With her practical, down-to-earth room mate Won and cantankerous, fresh-out-of-the-army Junho, Mina experiences modern Korean society in all its joys and foibles as she finds out for herself what kind of a person she really is.

. English translations can be found here

This webtoon contains examples of: