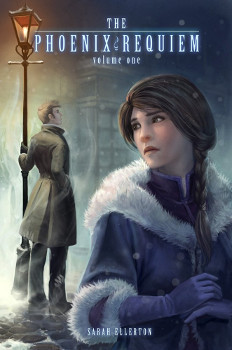 "It's important to believe in something, don't you think?"
— Jonas Faulkner
Advertisement:

A peculiar man by the name of Jonas Faulker is discovered in the small village of Esk, unconscious and dying of a gunshot wound. The resident doctor-in-training, Anya Katsukova, manages to save his life not long before the townsfolk begin to die of an unknown flesh-eating disease. Malicious ghosts known as Shades begin to appear, and Anya soon finds herself entwined in both Jonas’ troubled past and a centuries-old conflict between two divine races: revered psychopomps known as Spirits, and the condemned Hellions.

The Phoenix Requiem provides examples of: