Webcomic / The Only Half Saga 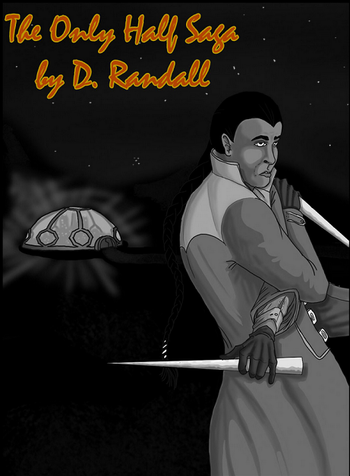 In a post-nuclear world, the supernatural have finally made their presence known. The Only Half Saga is an urban fantasy webcomic about a Catholic dhampyr

named Cabal on a quest for revenge in a post-apocalyptic United States.
Advertisement:

This webcomic contains examples of