Webcomic / The Murder of Me 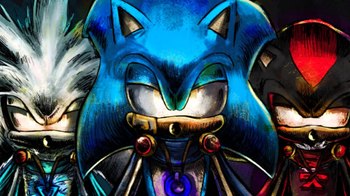 The comic can be found on Gigi Dutriex's DeviantArt gallery

, featuring comic dramas, in-character Let's Plays, reaction videos, and Q&A's, livestreams, and more, and a Visual Novel adaptation, which is a parody of the Dating Sim genre and titled The Lover of Me

See also Ghosts of the Future which is another Sonic the Hedgehog fancomic with similar dark and supernatural themes (and also created by a red-headed Promoted Fan, albeit by the name of Evan Stanley; in fact she and Dutreix are the closest of friends!).