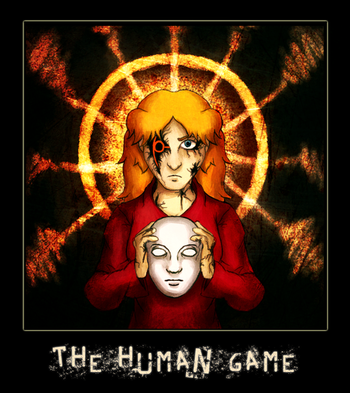 "Masks don't belong inside of us."
— MSPAFA description for The Human Game

. Eight individuals wake up in a strange facility with no idea of how they got there. They find that they have been trapped by a mysterious masked mastermind who seems to have kidnapped them all for the purpose of playing a game for a prize that is more valuable than life itself...

This Interactive Comic provides examples of: