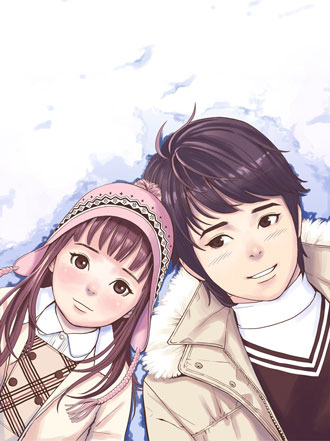 A Korean Webtoon, written by LeeJun, stars Da-Jeong, a 19 year old girl with a physical disorder that makes her look like she's only around 7 and Min-Seong, a 17 year old boy who, though properly developed physically, has the mental capacity of a small boy due to a disorder of his own.

Tropes appearing in The Friendly Winter include: