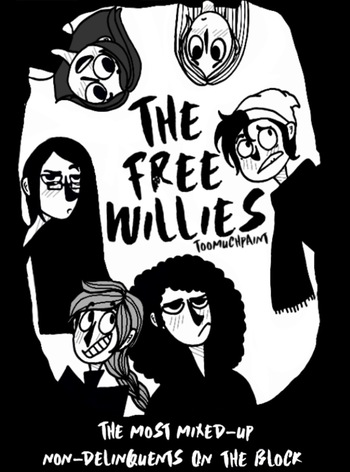 The current Wattpad cover of the webcomic.
The Free Willies is a webcomic on Tumblr

. The Wattpad description for the webcomic is as follows: "When old memes start taking over a tragic all-girls high school, it's up to six lame-os to embark on an inter-dimensional adventure and use their wits, poor athleticism, and various memeing skills to save their school."

Advertisement:
open/close all folders
truer than putin's hotness
all this frickety frack just to get our sub-par school back
memein where no meme has memed before