Webcomic / The Broken Ones 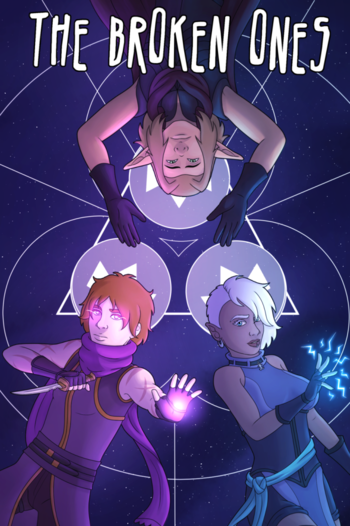 Three dysfunctional adventurers - a shady psion, a rebellious pirate, and a distrustful con artist - are forced to work together when the new king tasks them to reclaim the castle town of Oganthir after a long and bloody civil war. Viewed as disposable by the powers that be, and each dealing with their own troubled history, cooperation is anything but easy. But with an entire city now counting on them for leadership, they'll have to figure out how to trust each other and face their demons if they want to survive.

The Broken Ones contains examples of: