Webcomic / The Boy Who Fell 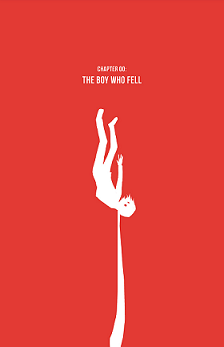 "Ren is probably the nicest boy you'll ever encounter. It's a shame he's going to Hell."
Advertisement:

The Boy Who Fell

(formerly known as Hell Kitchen) is a Web Comic by starfleetrambo (also known as Demitasse-Lover). Starfleetrambo is also the creator of another webcomic, Death Brigade.

Atsushi Ren has just transferred to a new school a couple weeks ago and already he's dead. In an accident that involves him falling from the school roof, Ren wakes up in Hell in the presence of the Lord Devil himself. Lord Devil tells Ren that if Ren wins in a fighting tournament, Lord Devil will grant his wish to go home. With a mystical backpack that allows him to use items connected to Hell Kitchen - a vault of unimaginable power that's awarded to the victor of Hell Tournament - strapped to his back, Ren sets off on his quest.

The series also sports a spinoff webcomic: Springtime of Yuuth!

, a slice of life romcom about an AU where Ren lives out his middle school days bloodlessly and Endou Yuu having a crush on him.

The Boy Who Fell provides examples of: