Webcomic / The Adventures of Wiglaf and Mordred 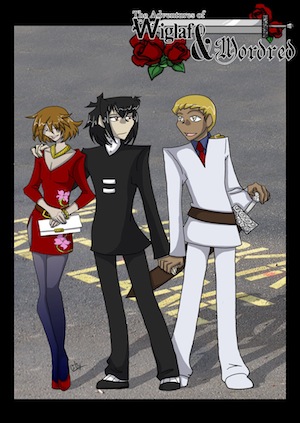 One of these three is a woman.
Advertisement:

The Adventures of Wiglaf and Mordred

is a humorous comic about Wiglaf (our hero) befriending Mordred (our villain), by force if necessary. It's also about Mordred's super villain family, their cronies, their friends, and pretty much everyone else that happens to drop in or appear in the background of a strip.