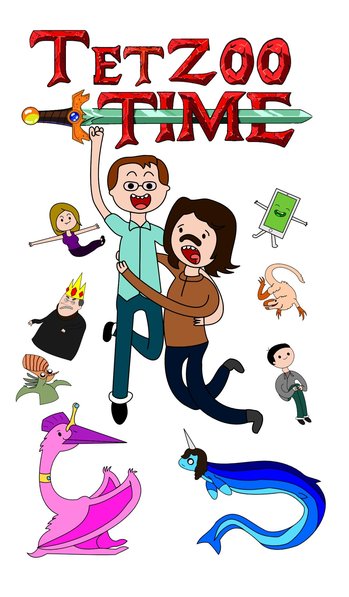 Tetrapod Zoology and its accompanying podcast

. It chronicles the adventures of Darren Naish and John Conway as they explore the Tetrapod Kingdom. The comic was heavily based on Adventure Time, including the art style.

After a lengthy hiatus, the comic officially ended in 2018.

Not to be confused with the TetZoo Comic