Webcomic / Teach Me To Kill 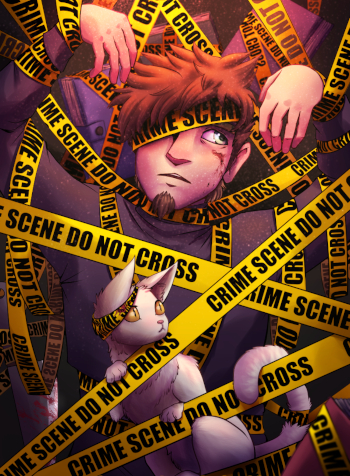 Teach Me To Kill is a story filled with dark humor, cuteness, gore, innocent-looking psychopaths, and follows the lives of a group of killers seen from their point of view.

is a webcomic about William Anderson, a normal high school teacher whose world was turned upside down after losing consciousness and awoke to his entire class slaughtered. Accused of doing the dirty deed and sentenced to death for a crime he has no memory of committing, he’s given a second lease on life… if he agrees to teach a class of novice killers and help inspire them to become legends.

Teach Me To Kill provides examples of: