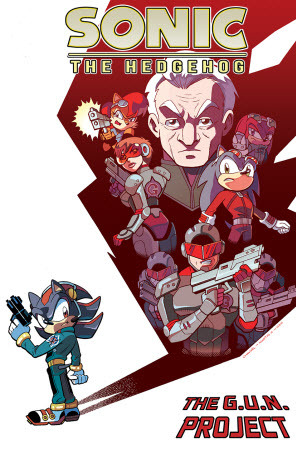 Sonic: The G.U.N. Project is a fan webcomic by artist, Chauvels

The story uses the Archie Sonic characters and sets them in an Alternate Universe where the Freedom Fighters (namely Sonic, Knuckles and Sally) have joined up with G.U.N. to capture their number one fugitive, Shadow the Hedgehog. But something seems off about the whole operation and Sonic and his friends try to find out what's going on and what Shadow is really up to.

Currently at three issues. You can start reading it from here

Sonic: The G.U.N. Project has the following tropes: