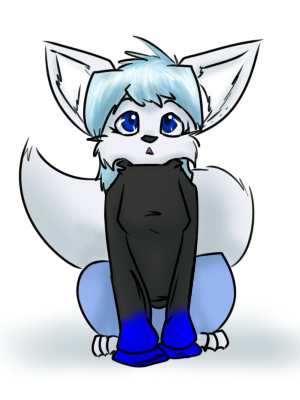 Lumi Foxtail
"Lumi, a young Yersai shunned from her village, flees to human territory to become the key in a convoluted scheme to prevent an ancient prophecy from coming to fruition."
— Kyte, Creator of Snowfall

is a webcomic about the life of an Yersai. Started by Patrick Curry (Otherwise known as Kyte) at 1st Dec 2010, 7:15 AM, It follows the adventure of a female Yersai named Lumi.It is a action/fantasy/sci-fi webcomic located on Adrice.

(pronounced: er-sigh) are a race of "Furry" creatures about 2 feet and 9 inches high, not including their tails, and weigh around 50 pounds. There are two subspecies of Yersai, ones living in woods and ones living in tundra conditions (Which they adapted to.), The main differences are their fur length and their fur color.