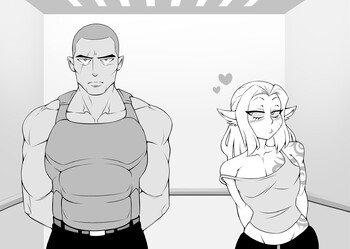 Crossdressing vampires. Sexy witches. Drunk werewolves. You can meet them all in Smoke Fur And Stone.
Advertisement:

A bouncy fun reboot of the original comics from 2013, Smoke Fur And Stone

explores the lives and loves of magical misfits in a fantasy world.

This was originally a series of grim fantasy short comics and spin-offs set in the same fictional universe. In 2022, it was rebooted into a Lighter and Softer comedy series focusing on the characters from the original series. The darker themes and stories are explored in its companion series Iron Nail Afternoon.

Smoke Fur and Stone contains examples of the following tropes: