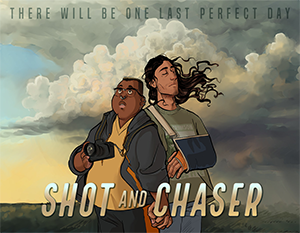 There Will Be One Last Perfect Day
On May 17, 2020 two Texan stormchasers deal with the fallout of the COVID-19 Pandemic in their personal lives while loading up to get some footage of a series of storms rolling in.
Advertisement:

is a webcomic by E.K. Weaver, the author of The Less Than Epic Adventures of TJ and Amal, which first started uploading in 2022 and updates with two new pages a week. It is mirrored on Webtoon with a two week delay.

Tropes that appear in this webcomic: