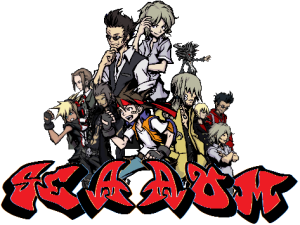 Shooter's Epic Awesome Adventure of Manliness is a Sprite Comic created by Neoseeker Member Kanon. It uses sprites from popular DS Game The World Ends with You as well as various other unrelated images.

It starts as the title says, but as it goes along characters change and new ones come in. At the time of writing this, Shooter isn't even in the comic anymore.

All can be found here if, for some strange reason, you wish to read it.

The SEAAOM Series contains examples of: