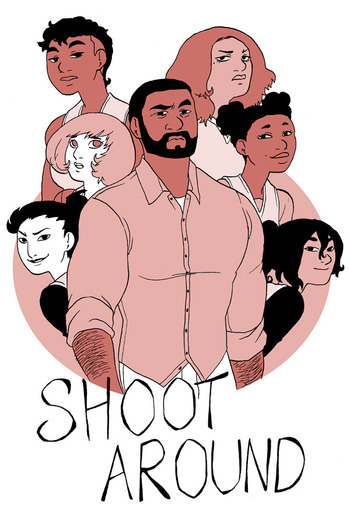 "When a zombie apocalypse hits during the practice of a high school basketball team, it's a whole new life for the coach, Jeff. The world's turned upside down and the girls seem to be handling the changes way better than Jeff, who has troubles adjusting. A close-knit group of friends, the girls are eager to tackle this new world with its challenges!"

ShootAround is a webcomic created by suspu about a girls' high-school basketball team (and their coach) trying to survive in a Zombie Apocalypse; it's published by Naver here

(although the creator is Finnish, not Korean, and the comic is written in English.)