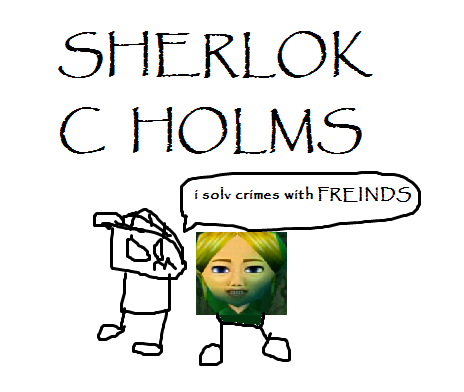 The most amazing detective ever.

Sherlok Holms is a Stylistic Suck Detective Drama webcomic by troper Commander Jay. Think of it as Creepypasta meets Sweet Bro and Hella Jeff. The plot for each comic goes like this: Sherlok Holms, our hero (a usually armless stick figure with a sometimes striped hat) and his partner-in-crime Ben go out and attempt to "arest" a famous creepypasta star (for example, Slender Man). Starting off as a running joke between friends, the creator decided to draw the comics digitally and post him on his Deviantart page, where it gained a very small cult following. You can read them here.

Definitely not influenced by that Sherlock Holmes guy, he's a hack.

Now has a video series.