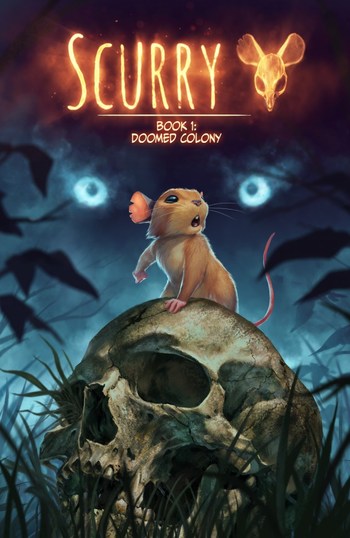 is a webcomic scripted and illustrated by Mac Smith that went online on Sunday 17 January 2016. The story involves a colony of mice who struggle to survive amid the ruins of a desolate suburb. Not helping are feral cats and other hazards. The main protagonist is Wix, a veteran scrounger, aided by the amiable rat Umf. Well above average as far as visuals are concerned.

In 2016, the author ran a successful Kickstarter campaign

to fund print copies of the first volume.

Not related to the webcomic Scurry & Cover, which is a different story entirely.