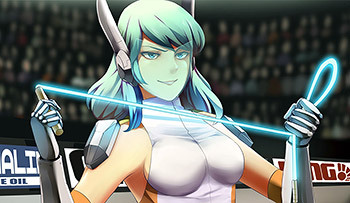 is a Manga series by Nemo and artist Darling Grim. The story follows a boy named Tomadachi Kujo who wants to be a Robot Pilot. However he does not have a robot so with the help of his friends he programs his Robot Mom to fight in the arena. Robot MOM cooks, she cleans and she kicks Robot butt.

The series is published online here