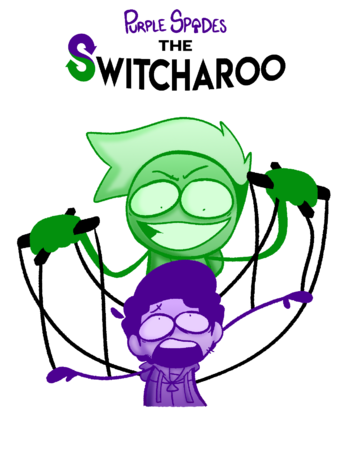 Promotional art for The Switcharoo special.
"I may not be able to let go, but at least I know I'm a better person because of it. Wouldn't you agree, Chia?"
— Dan, The Switcharoo, Part Four: Sanctimonious Lamb
Advertisement:

Purple Spades is a webcomic created by DanDaMiniFig

about the author and his Slice of Life adventures battling anxiety, identity, and (more times than not) himself.