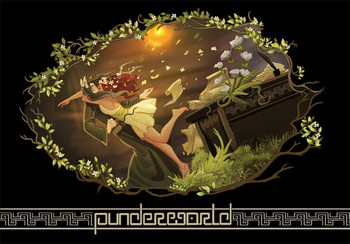 Punderworld is a webcomic by Croatian comics artist Linda Luksic Sejic of Blood Stain fame. Set in the era of Antiquity, it tells the tale of how Hades met Persephone and they fell in love.

Can be read on Tapas Media here

and on Sigeel's Tumblr here