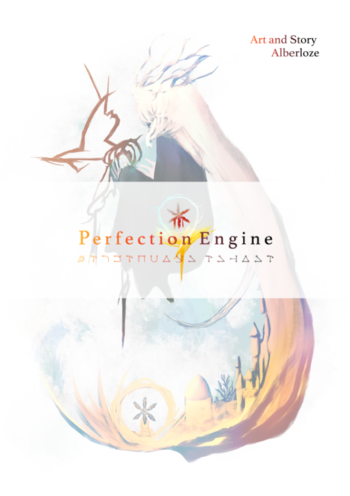 "All shall focus on perfection and continued evolution as a means of atonement, for the Maker will return when she is satisfied with our penance..."
"Those who expected perfection from me, I am free of you and the lonely existence that had been entailed."
Advertisement:

A race of angelic beings called Eidolons strive for a perfect society as penance for their beloved Maker. One day, the Maker will return and their reunion and redemption shall bring them all bliss — or so the Eidolons believe.

Perfection Engine is a mix between a short story and a webcomic, published in May 31st, 2017. The comic is currently published on Tapas

and was published on Smackjeeves until January 7th, 2019. The comic finished in July 2018.