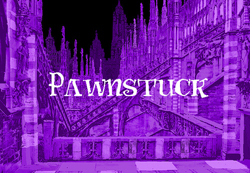 . It is about a familiar gang of four Carapacians that begin to play a game named Sboard.

Obviously, this is going to turn out just fine.

. Note the mirror has not been updated to the point of the original). The author officially discontinued the work on July 4th link