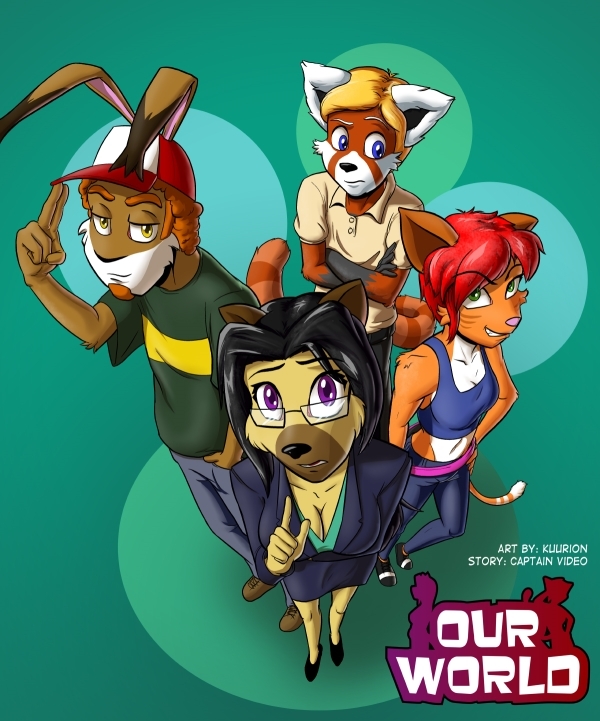 A furry webcomic created and drawn by Kuurion and written by Captain Video (no, not that one), Our World follows the misadventures of quiet professional Jill Whitecross, her slacker brother Pete, their mutual friend Art Canfield, and Pete's best friend from grade school who just moved in to live with them. Jill - who has spent her whole life ignoring the fact that she has no memories of her childhood, or where she came from - grapples with unfamiliar aspects of herself as the stress mounts.

Originally published independently from 2010 to 2013, it joined The Katbox in 2014 and updates on Tuesdays. On 29 December 2015, the author announced that all of the original pages had finally been posted to The Katbox. From here on, all new pages will be new pages.

or start at the beginning

Our World provides examples of: