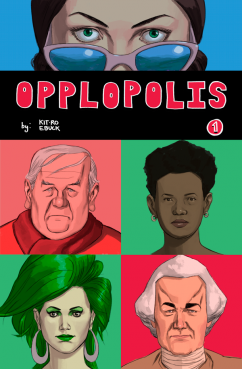 is a webcomic in which an esoteric ensemble of characters in a city called Opplopolis encounter the word "marvedyne" in various ominous ways and try to figure out what it means. Contains elements of Science Fiction and Spy Fiction.
Advertisement:

It's by the author of Nine Planets Without Intelligent Life, but in contrast Opplopolis is in traditional comic book format (not Infinite Canvas) and actually publishes at a consistent rate of four pages per week.