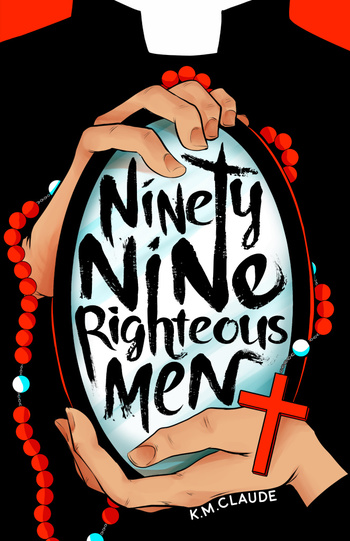 "...there will be more joy in heaven over one sinner who repents than over ninety-nine righteous men who need no repentance."
Ninety-Nine Righteous Men

) is a webcomic that was first independently published by K.M. Claude in Spring of 2015, and then later released on a regular basis as a webcomic through Tapastic and ComicFury throughout 2016. The story focuses on Father Daniel, a young Catholic Priest somewhere in Present Day America, who has grown attached to a parishoner named Caleb. Caleb starts behaving oddly one day, though, leading Father Daniel to believe that he is possessed. When the monsignor doesn't believe him, though, Father Daniel is forced to go to the only licensed exorcist he knows— the disrobed Father Adam, whom Father Daniel has a troubled history with. They then have to overcome their mutual distrust in order to battle Caleb's literal demon.