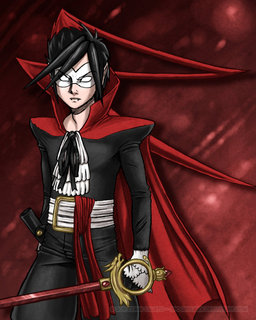 Inspired by the new blood of Vampire media, Moon Crest 24 brings the night walkers into the daylight of a Manga-styled Graphic Novel.

Drake and Daniel, two legendary vampire warriors died in a decisive battle at the end of a demonic, underworld war. Or so they thought... 5000 years later their restless souls reside inside the minds of two young vampire lads, Derek and Dwayne. And as if that weren't enough, the same demons who fell during the war are now being brought back to life. It's up to Drake and Daniel to reunite and work together to figure out what went wrong 5000 years ago!