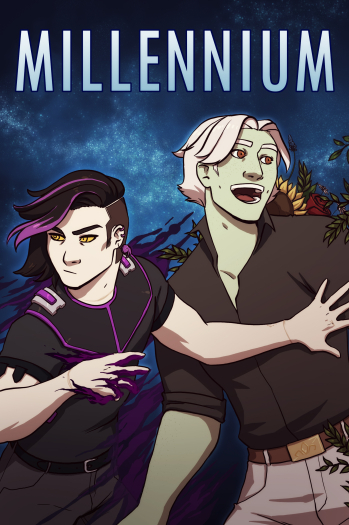 A man and his plant companion

As Luzio and his first mate Sage travel the galaxy helping those in need, they seek answers about the mysterious, ever-looming presence of an evil scientist from Sage's past.

With the help of some friends along the way, they discover there's a lot more to the story than they thought...

A webcomic with LGBTQ+ themes and romance.