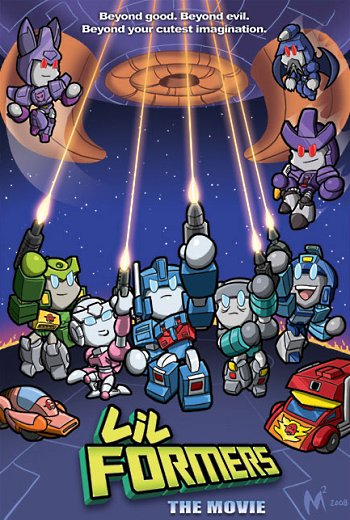 is a Webcomic written by Matt Moylan. The main point of the site is to show chibi versions of Transformers characters poking fun at their TV show, movie or comic book. Many of them are simple one-panel comics, but a few are multiple panels. After almost two years, Matt began to do comics for other TV shows, comic books and movies.