Webcomic / Lil Char and the Gang 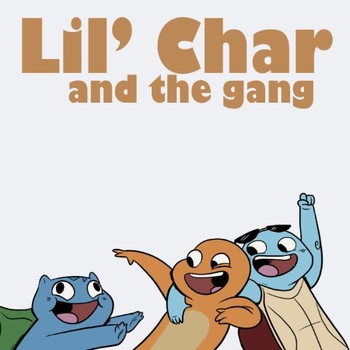 A Pokémon parody series by Nekoama.

Charmander, Squirtle, and Bulbasaur are young 'mons living with the teenage Charmeleon, Wartortle, and Ivysaur, as well as their parents Charizard, Blastoise, and Venusaur. They go on typical childhood adventures to the annoyance of the teenagers and the exasperation of the parents. There are no humans to be seen.

The comic has a similar flavor to Calvin and Hobbes, being mostly about kids being kids.