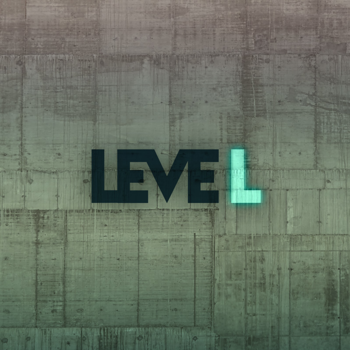 Level, stylized leveL, is a webcomic by Nate Swineheart.

Cael is an apparently-normal boy living in the massive futuristic metropolis of Level. Plagued by strange dreams, he decides one day to take home a school computer to research the possible causes. His plans are stymied, however, by his violent cousin Reagan, who shows up to take him shopping and then to a game of Gravball, on the suggestion of Cael's mother.

From there, everything goes quite insane.

The old leveL contains examples of:

(you can still read the old version under "Extras").Level. A city unlike any other. A sprawling metropolitan utopia. Technologically advanced and socially just, it is the highest achievement of civilisation. We built upon our labour, our struggles, our ideals.. and we have reached the sky.

Truly this is the city of dreams.

Or so they claim.

Three years after the Holopaque Storm, a mysterious event that shook up the city of LeveL, triggering a war between the Tiern and UnTiern, the only eyewitness of the Storm, Cael Dalton, is being assigned a new therapist. At the same time, an equally mysterious optimist Rain has a package to deliver.

These facts may be connected.

The Continuity Reboot has: