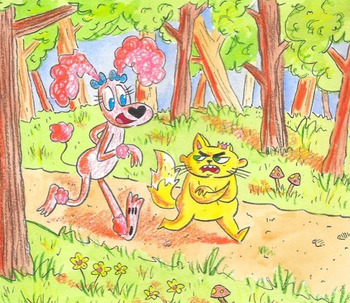 Our main duo
"Adventures of a sourpuss and a perky poodle!"
Lemonhead and Lollipup

is a slice of life webcomic by Holly Meadow Disch, about a pair of best friends/roommates consisting of Lemonhead, a cranky, rude and responsible cat, and Lollipup, an energetic, friendly and loud dog, and their antics.