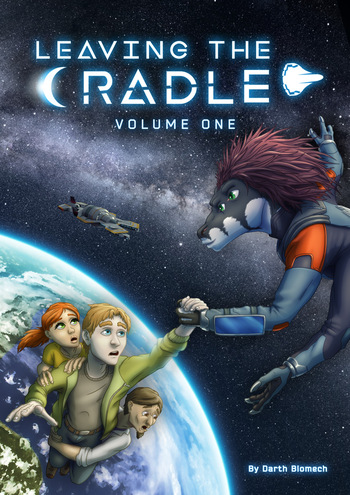 Leaving The Cradle is an science-fiction Webcomic, attempting at bridging the gap between space opera and classical hard science fiction.
Advertisement:

Gharr, an alien researcher, gets stranded on Earth after making one too many rash decisions. He has no way of calling back for help, and no certainty that the natives are to be trusted... So began the events that later would be known as the "First Contact Incident".

In August of 2021 it joined the Spider Forest webcomic community.

The English version of the webcomic can be found here

The Russian version, which is the author's first language, can be found here