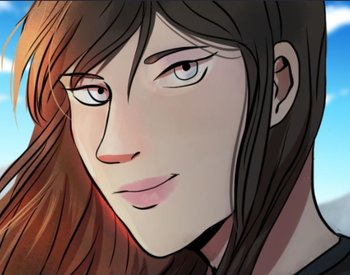 June is a Webcomic created by Merle

June´s life gets turned upside down when she gets kidnapped and wakes up in a mysterious "demon School". But, for all she knows, she´s just a mere human. Confronted with a twisted System of magic, Violence and Power, she tries to stay true to herself against all odds...and then the unthinkable happens... she falls in love, with one of the persons she should hate the most...